The Independent Inquiry into Child Sex abuse (IICSA), chaired by Professor Alexis Jay OBE was set up in the wake of some serious high profile instances of non-recent child sexual abuse and because the government had some very grave concerns that some organisations were failing and were continuing to fail to protect children from sexual abuse.​

Debra Powell QC and James Berry represented the National Police Chiefs Council in the public hearings of the Internet strand which concluded this week.

The Inquiry is expected to produce its report on the Internet strand int he first quarter of 2020.

Gerry Boyle QC, David Lawson and James Berry and Aaron Rathmell are or have been involved in other strands of the Inquiry. 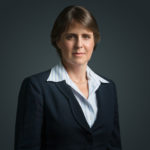