The Supreme Court handed down judgment this week in Montgomery (Appellant) v Lanarkshire Health Board (Respondent) [2015] UKSC 11 On appeal from [2013] CSIH.

Nadine Montgomery had a vaginal delivery on 1 October 1999.  The birth was complicated by shoulder dystocia resulting in oxygen deprivation and her son was born with cerebral palsy.

Antenatally, the risk of shoulder dystocia was agreed to be 9-10% as NM was diabetic.  The doctor did not warn NM of that risk or counsel her about the alternative of a caesarean.  That was because the doctor took the view that the risk of serious injury from shoulder dystocia was small and that if warned, NM would chose a caesarean when that, in the doctor’s view, would not be in her best interest.

With the GMC intervening, the Supreme Court unanimously allowed NM’s appeal against the dismissal of the claims she brought on her own behalf and that of her son.

Self-determination is a fundamental value which underlies Article 8 and patients are rights-holding and often internet-informed consumers.  Disclosure of information to a patient is no longer to be regarded merely as an aspect of medical care.

It follows that the appropriate extent of disclosure should not be treated as a matter of clinical judgment.

Therefore doctor’s role, when advising a patient of risk, is not of the kind with which the Bolam test is concerned.  Responsibility for determining the nature and extent of a person’s rights rests with the courts, not the medical professions.

Doctors must take reasonable care to ensure that patients are made aware of any material risks involved in a recommended treatment and of any reasonable alternatives.

Materiality of risk cannot be reduced to percentages: risk significance reflects other factors besides magnitude e.g. the nature of the risk, effect of its occurrence on the patient’s life and the importance to the patient of the beneficial aim of the treatment.

The test of materiality is fact and patient sensitive.  The test is whether, in the circumstances of the particular case, either:

a reasonable person in the patient’s position would be likely to attach significance to the risk; or

the doctor is or should reasonably be aware that the particular patient would be likely to attach significance to it.

To advise properly, the doctor must engage in dialogue with the patient.

Whilst there is a “therapeutic exception” to this general rule (for example, a doctor can withhold information from a patient when he considers disclosure to be seriously detrimental to the patient’s health or in a case of necessity where the patient is unconscious), the exception is limited and should not be abused.
Comment
Read one way, Montgomery is an iteration of the status quo – that when it comes to consent to medical treatment, patients should be treated as capable, competent adults and their autonomy respected – that brings us formally into alignment with other jurisdictions.  Whilst an important, post Pearce and Chester restatement of those rights by the Supreme Court the decision is, some might say, best read as legal motherhood and apple pie.

This decision may well change the clinical landscape rather than merely reflect change that has already taken place since Sidaway. The fact that their lordships acknowledged that this departure from the Bolam test will reduce the predictability of litigation indicates that the effects of the case could be considerable.

Clinicians may be concerned by the prospect of a duty to find out everything about a patient – social, familial, financial, other – necessary to judge what that particular patient will find significant.

Once a risk has eventuated and advice been sought, claimants may reflect on matters that seem to them significant which they did not fully appreciate at the time they signed the consent form or become attracted by alternatives which they were not offered.

Many will take the view that the decision formally recognises the principle of informed consent.  Whether that is right or not, Montgomery may well bring about a significant change in practice.  For whilst the Supreme Court says that doctors must not bombard patients with technical detail, clinicians may find it easier to tell a patient about all the risks no matter how apparently immaterial rather than engage in the task of trying to identify those which that patient might consider significant.

In the meantime, the nature and extent of the materiality of risk test is likely to be tested in the courts.

A copy of the judgment is available to view here. 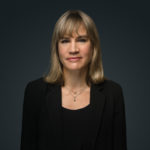 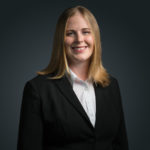 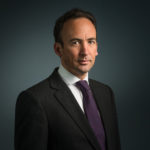 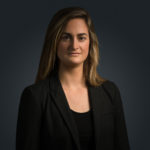 Susanna Rickard
Back to index