“The limits of a wish to die at home”: Emma Sutton acts in a further application following Simon Cridland’s appearance in the Court of Appeal in Hounslow Clinical Commissioning Group v RW & Ors [2019]

Emma Sutton was instructed by the Official Solicitor on behalf of RW in the case of Hounslow Clinical Commissioning Group v RW & Ors [2019] EWCOP12 which was heard by the Vice President of the Court of Protection, Mr Justice Hayden, on 29 March 2019. The application related to RW’s palliative care plan and such issues had been considered at an earlier hearing by Mrs Justice Parker and the Court of Appeal where Simon Cridland represented RW. It was determined (and upheld) in those proceedings that it was not in RW’s best interests to continue to receive CANH via a naso-gastric tube, but that he should receive end of life care at home.

The current application was made by the CCG due to concerns regarding the management of RW’s condition at home. This included the very unusual circumstance of RW’s necrotic leg (which self-detached), and the fact that RW had survived 10 months following the original decision. In relation to RW’s leg, Mr Justice Hayden emphasised that this was ‘disturbing and shocking evidence’ and stated that he had ‘never heard of a situation like this’. PT told the court that he had wrapped RW’s leg in cling film and put it in the freezer.

The court ultimately determined that although RW would have wished to die at home, that his son, PT, would continue to give him food and water which presented a real risk of asphyxiation and that RW required pain relief which was not accepted by PT. The court endorsed the CCG’s plan, as supported by the Official Solicitor, for RW to die peacefully either in hospital or a hospice.

Please see here for the Judgment and here for media coverage 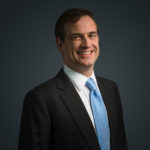 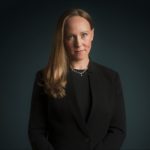 Emma Sutton
Back to index