These inquests were resumed in 2019 following the pilot’s acquittal of criminal charges of gross negligence manslaughter.  Bridget Dolan KC was then appointed as Counsel to the Inquests and has assisted and advised the Senior Coroner over the past three and a half years. This included when taking a claim to the High Court seeking access to material from the criminal trial that was held by the AAIB (see here)

Despite the criminal acquittal the Senior Coroner found that, applying the civil standard, the men were unlawfully killed due to the gross negligence of the pilot. The Coroner found that the Hawker Hunter T7 jet aircraft crashed because of a series of gross errors whilst attempting an incorrectly flown looping manoeuvre.

The aircraft did not achieve sufficient height at the apex of a looping manoeuvre to complete it before impacting with the ground because of the combination of low entry speed and low engine thrust in the upward half of the manoeuvre.  Despite the aircraft being significantly short of the minimum apex height to complete the manoeuvre safely, the pilot did not perform an escape manoeuvre.  The deaths occurred because the aircraft crashed on the A27 due to a change of ground track during the manoeuvre which positioned the aircraft further East than planned, producing an exit track along the dual carriageway.

Press reports of the inquests include those in the Guardian, Independent and BBC.

Bridget Dolan KC is regularly instructed by coroners and judges to act as Counsel to the Inquest including in three other cases this year concerning matters as varied as a death on a ‘Smart Motorway’, a death following police restraint and the deaths of two applicants to the British Army undertaking the MoD selection process. In January & February 2023 Bridget will be assisting the Senior Coroner for Plymouth as Counsel to the Inquests into the deaths following the Keyham shootings in August 2021 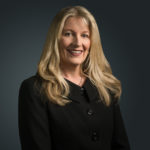 Bridget Dolan KC
Back to index