Sean Rigg died on 21st August 2008 shortly after being arrested and detained by four Metropolitan Police officers in Brixton.

An inquest was held into Mr Rigg’s death in 2012 at which Debra Powell QC and Claire Watson represented two of the Interested Persons.

In a hearing that lasted six weeks, Gerry and James defeated a substantial abuse of process argument based on the 10 1/2 year delay since the incident. The panel delivered its finding on 1st March 2019 and dismissed the allegations against each of the officers.

For press coverage please click here: The BBC & The Guardian 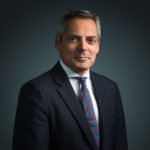