Robert Francis QC has been named in The Lawyer’s recently published Hot 100: The Bar. The citation reads as follows:

Robert Francis QC first became involved in the allegations of failings at the Mid Staffordshire Foundation NHS Trust in 2005, when he was appointed chair of an independent inquiry into the care provided by the trust. However, his work really caught the headlines last year when, as chair of the Mid Staffordshire Public Inquiry, he produced a damning report on how the trust had failed its patients.

The report, published in February last year, prompted a year of debate over the future of not only the trust but also the NHS. Francis’ recommendations were widely praised as being a blueprint for improving patient care. He was also appointed president of the Patients Association, which campaigns for the safety of patients – testament to the quality of his work. 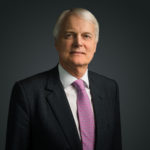