Dijen Basu QC and Elliot Gold acted for chief constable in the Chief Constable of Avon and Somerset v Eckland (2021) UKEAT/0123/20 in the Employment Appeal Tribunal.

The Claimant was alleged to have lied to a Crown Court. An independent IOPC disciplinary investigation followed, pursuant to the Police Reform Act 2002 and Police (Complaints and Misconduct) Regulations 2012. The Crown Prosecution Service decided not to prosecute and the Claimant was referred to a misconduct hearing, held pursuant to the Police (Conduct) Regulations 2012, which found gross misconduct and dismissed him.

The Claimant brought a discrimination claim against chief constable alleging disability discrimination arising from the disciplinary investigation and proceedings. The chief constable submitted that the correct respondents should be the IOPC and police misconduct hearing tribunal members, pursuant to s.29 of the Equality Act 2010, as persons acting “in the exercise of a public function that is not the provision of a service to the public or a section of the public”. The employment tribunal held otherwise.

Kerr J allowed the chief constable’s appeal on two grounds – that he should not be liable for the actions of the IOPC and that there was a lack of even handedness on the part of the employment judge which was sufficient to amount to an unfair trial. The employment judge had copied and pasted large parts of the contents of the claimant’s counsel’s skeleton argument “verbatim or nearly verbatim” into his judgment and this was not a reasoned adjudication so much as selection from a pool of two alternatives.

Despite rejecting the second ground of appeal, Kerr J acknowledged the potential unfairness that arose, commenting, “I recognise that legal liability for acts of discrimination by a misconduct panel involves hardship to chief constables and that they may face practical difficulties in deciding whether to defend claims in securing cooperation from panel members”. He also referred to the statutory misconduct regime as “complex”, “tangled” and “labyrinthine”. He granted the Chief Constable permission to appeal to the Court of Appeal and the Chief Constable’s appeal was filed on 27th April 2021.

This is the first case to consider whether police misconduct hearing tribunals (as opposed to chief constables) may be sued for discrimination by individual officers as acting in the exercise of a public function when they exercise their statutory functions under the Conduct Regulations. 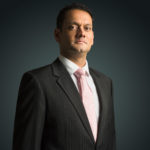