Jonathan Davies is instructed by Leicestershire Police in a leading case relating to shared parental leave.  The issue in Mr Hextall’s claim was whether paying enhanced maternity pay to female employees but only statutory rate of pay to a father wishing to take shared parental leave is discriminatory.  Jonathan successfully defended the claim in the Employment Tribunal.

Mr Hextall’s appeal against that decision was heard in the EAT on 16 January 2018.  Jonathan again represented Leicestershire Police. Another case dealing with the same issue, Capita Customer Management v Mr M Ali  was also heard in the EAT on 20 and 21 December 2017.

Both appeals were heard by order of the EAT by the same judge, Slade J.   The Judge has stated she will take into account the submissions in each case in so far as they affect the other case.  Both cases deal with the question of whether paying enhanced maternity pay to female employees but only statutory rate of pay to a father wishing to take shared parental leave is discriminatory.   However, the Ali appeal deals only with direct discrimination.  The Hextall appeal deals with indirect discrimination and equal pay.   The law is quite clear that the same act cannot constitute both direct and indirect discrimination and equal pay.  For that reason, the judgment in each case, it can be assumed, will have to be compatible with the judgment in the other even though the grounds of appeal and the causes of action under consideration are different in each.

Judgment in both cases has therefore been reserved and is expected in the coming weeks. 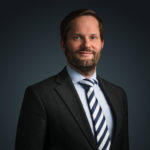