On 16 September 2020 the High Court (Linden J) handed down judgment in the consolidated police pensions cases of Goodland and Wright et al versus the Chief Constable of Staffordshire, in which Jon Holl-Allen QC and Aaron Rathmell represented the Chief Constable as Police Pension Authority (PPA). Both claims were dismissed.

In Goodland the police authority had agreed in 2008 not to review the level of some injury pensions already in payment, as a result of which representations were made to Mr Goodland that his award would not be subject to review in future.  He contended that this meant that the Chief Constable could not review the level of his pension even though he was under a statutory duty to do so after a suitable interval.  The Court held that the police authority did not have the power to guarantee that pension payments would always be made at the then existing level, and that the Chief Constable was not bound by its previous representations.

There were 17 Claimants in Wright et al.  The case raised important issues about the process for review of police injury pensions under reg 37 of the Police (Injury Benefit) Regulations 2006, and the meaning and application of reg 33, which allows the Chief Constable to make his own decision about degree of disablement (in place of an independent selected medical practitioner or SMP), and therefore about the level of the pension, where the pensioner has wilfully failed to submit himself to such medical examination or attend such interviews as the SMP may consider necessary in order to enable him to make his decision. This decision has implications for all PPAs nationally. 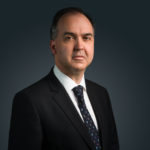 Aaron Rathmell
Back to index