Serjeants’ Inn Chambers is instructed by two parties in the ongoing, high-profile inquest into the death of two patients who received kidneys from a donor who had meningo-encephalitis of an unknown origin and subsequently died due to the transmission of a very rare parasitic worm, Halicephalobus gingivalis.

George Hugh-Jones QC is instructed by the Cardiff and Vale University Local Health Board on behalf of The University Hospital of Wales.

Elliot Gold is instructed by NHS Blood and Transplant (NHSBT) which supplied the two kidneys for donation and which provides tissues and solid organs to hospitals across the UK.

The proceedings have been reported around the world and by all  the major British newspapers, the BBC and ITV. 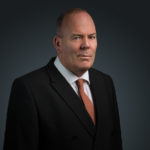