The High Court has quashed the sanction imposed by a police misconduct panel on the basis of unlawfulness and, in relation to one of the officers, irrationality (see judgment).

Two firearms officers were found to have been dishonest with respect to their reclassification shoots; the panel ordered a final written warning in relation to both officers.

The Metropolitan Police Service successfully argued that the sanction decision was unlawful. Mostyn J found that the panel erred in law by considering testimonials when assessing the seriousness of the misconduct, and thereby not complying with the Outcomes Guidance: [57].[1]

In relation to one of the officers (who falsified an instructor’s signature), the Court found that the panel’s decision was Wednesbury unreasonable. In doing so Mostyn J stated, [71]:

The decision does not grapple with the consequences of the finding of dishonesty, having regard to the policy of the disciplinary regime. It does not attempt to calibrate this particular class of dishonesty (i.e. on-duty, non-operational) by reference to the Outcomes Guidance.

The Court remitted the matter to a fresh panel to consider sanctions afresh for both officers.

The case is authority for the proposition that it is permissible, under the Police (Conduct) Regulations 2012 for a differently constituted panel to consider sanctions than the panel that considered findings/breach: [87] and [88].

It also provides useful guidance on the factors to be considered when determining whether a matter should be remitted to a new panel: [89] to [92].

Frances McClenaghan was instructed by Mark Knowles, solicitor in the Metropolitan Police Directorate of Legal Services.

[1] 2017 version in place at the time, the updated Outcomes Guidance can be found here. 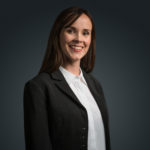 Frances McClenaghan
Back to index