In Bond v Chief Constable of Suffolk the Claimant sought damages in excess of £80,000 for the disposal of goods following a criminal investigation.

Matthew represented the Chief Constable who argued that the Claimant had neither properly pleaded the claim nor produced sufficient evidence for it to succeed. Matthew asserted that there had been no seizure of the relevant goods, albeit they had been catalogued, but that the police officers had been entitled to prevent the Claimant from collecting them. The Claimant discontinued the claim, following the cross-examination of himself and two witnesses, with one further witness to call.

Matthew was instructed by Sera Jones of Weightmans LLP on behalf of Suffolk and Norfolk Police. 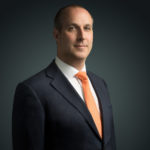