Anthony Searle has appeared on behalf of the Appropriate Authority in a police misconduct hearing concerning a former Avon and Somerset Constabulary police officer who has been found guilty of gross misconduct.

After a hearing on 5 October 2018, the panel found that the officer would have been dismissed if she had still been a member of a police force. Such a finding is the only disciplinary action that can be taken against former officers who have committed gross misconduct. Appropriate Authorities have been able to initiate and/or conclude misconduct proceedings with respect to certain former officers since 15 December 2017.

The hearing was reported by the Bristol Post: https://www.bristolpost.co.uk/news/bristol-news/former-filwood-knowle-west-policewoman-2080086 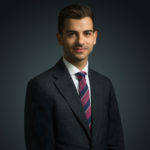