On 20 January 2021, the Divisional Court handed down its judgment dismissing 5 applications for habeas corpus in which it had been argued by the applicants that as from 1 January 2021, the pre-existing European Arrest Warrant (EAW) scheme pursuant to which they had been arrested, no longer applied. Alexander dos Santos of Serjeants’ Inn, led by Helen Malcolm QC of 3 Raymond Buildings acted for the successful judicial authorities of Poland, Germany, Portugal, Latvia and Lithuania. The Court accepted the respondents’ arguments that the matter should have more properly been brought by judicial review. The applications were transferred to judicial review claims and permission was refused. The Court held that the EAW scheme underpinned by the European Framework Decision continued to apply to all EAW requests where arrest took place before 11pm on 31 December 2020. Thereafter, Part 1 of the Extradition Act 2003 continued to apply (with limited modifications) and the international basis for such extradition governed by the Trade and Cooperation Agreement. This is understood to be the first post Brexit Divisional Court matter considering the legal position by reference to the Withdrawal Agreement and Trade and Cooperation Agreement.

Judgment was handed down at 10am today. 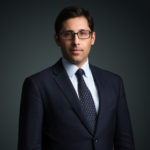 Alexander dos Santos
Back to index