Back to Our People

Rachael joined Chambers upon successful completion of her pupillage in October 2020. Rachael has a busy and growing practice across all areas of Chambers’ work, including in the Court of Protection, inquests, clinical negligence, public law, professional discipline and police law. Rachael has been commended on her clarity in written submissions and her ability to make clients feel at ease.

Rachael joined Chambers upon successful completion of her pupillage in October 2020. Rachael has a busy and growing practice across all areas of Chambers’ work, including in the Court of Protection, inquests, clinical negligence, public law, professional discipline and police law. Rachael has been commended on her clarity in written submissions and her ability to make clients feel at ease.

“I would like to express our gratitude to Rachael for her professionalism and expertise at the inquest. We felt we could completely rely on Rachael’s knowledge and advice throughout the day. She was very kind and sympathetic to us and there was absolutely nothing she missed.”
Lay client

Rachael joined Chambers in October 2020, upon successful completion of her pupillage. During her pupillage, she was supervised by Sebastian Naughton, Elliot Gold and Clare Hennessy. She gained experience in all core areas of Chambers’ work and is building a practice in the Court of Protection, inquests, clinical negligence, professional discipline, public law and police misconduct. She appears regularly in front of a wide range of courts and tribunals and is also building a significant paperwork and advisory practice.

Inquests
Rachael has a keen interest in inquests and coronial law. She is well versed in multi-day inquests involving complex issues of medical treatment and the law, and frequently advises clients pre-inquest.

Rachael is always eager to hold conferences before inquests in order to explain the coronial process to clients, to discuss the scope of an inquest and to ensure clients feel at ease and understand what is going to happen in court.

During pupillage, Rachael was supervised by two clinical negligence specialists, Sebastian Naughton and Clare Hennessy, and she was able to develop her understanding of complex claims including cauda equina syndrome, delayed diagnosis of cancer and brain injuries.

Court of Protection
Rachael has a growing Court of Protection practice. To date in tenancy, she has acted on behalf of ‘P’ (i.e. the individual who may lack capacity in proceedings), P’s family members, local authorities, and Clinical Commissioning Groups (‘CCGs’). Rachael is well versed in s21A applications and has also advised on capacity evidence.

Most recently, Rachael acted on behalf of P’s family in s21A proceedings. She successfully persuaded the court to allow a trial of home visits, despite this being contested by both the Local Authority and the Official Solicitor.
She also accepts instructions in property and affairs cases and has been instructed by the Office of the Public Guardian.

Rachael worked with Nageena Khalique KC on the fourth edition of Medical Treatment: Decisions and the Law textbook. Rachael and Nageena’s chapters focus on (i) religious objections to treatment and (ii) adults lacking capacity.

Police law
In police misconduct cases, Rachael acts exclusively for the Appropriate Authority, prosecuting police misconduct. In her own practice, she has acted in police misconduct hearings concerning the use of illicit substances by officers and breaches of the standards of professional behaviour, including discreditable conduct.

Employment law and public law
Rachael is keen to develop her practice in these two areas of law. During pupillage, Rachael drafted Grounds of Complaint and Grounds of Response in Employment Tribunal cases, including in complex discrimination law claims. She was recently instructed in an unfair dismissal claim in the Employment Tribunal. She has also succeeded in strike out applications, and successfully obtained costs for unreasonable litigation conduct, in this no-costs jurisdiction.

Pro Bono Work
Rachael also undertakes work on a pro bono basis and recently completed the ‘25 for 25’ Challenge which involved undertaking a significant number of hours of pro bono work through Advocate as well as the Free Representation Unit. 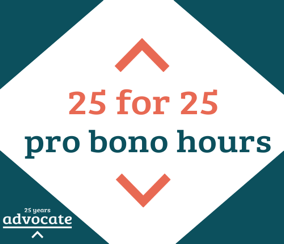 Rachael has acted in Criminal Injuries Compensation appeals before the First-tier Tribunal for both the Free Representation Unit and Advocate. Rachael successfully obtained an increase of £40,000 in award for a claimant who sadly sustained a brain injury following a violent assault. Rachael is currently acting for a victim of serious domestic violence in her claim for criminal injuries compensation.

Prior to the Bar

Before joining Chambers, Rachael worked in diversity and inclusion and social mobility research in both the public and private sectors. Upon graduation, Rachael worked as a manager at a specialist diversity organisation that helped students from ethnic minority and social mobility backgrounds to gain access to top graduate jobs. Rachael managed client relationships with the Civil Service Fast Stream, GCHQ and Teach First, worked as a job coach with candidates and developed unconscious bias training materials. She held coaching sessions with over 500 students who went on to receive offers for the Civil Service Fast Stream or its related diversity internship schemes.

Rachael was later employed as a manager at the Judicial Appointments Commission working on judicial diversity policy and the development of fair selection exercise materials. She delivered outreach presentations to lawyers throughout England and Wales, working to encourage more ethnic minority lawyers, women and lawyers with disabilities to consider judicial appointment. Rachael also provided Secretariat support to the Judicial Diversity Forum – a quarterly meeting between the JAC, the Lord Chief Justice, the Lord Chancellor and representatives from the legal profession.

Rachael also worked as a casework volunteer at the Bar Pro Bono Unit and taught debating in prisons as part of the Vocalise programme.

Rachael co-authored chapter three: Deciding for Others – Adults and chapter fourteen: Religious Observance and Objections to Treatment in the fourth edition of the book Medical Treatment: Decisions and the Law, edited by Christopher Johnston KC and Sophia Roper KC and written by 27 members of Serjeants’ Inn.

Rachael has recently reported on the following cases for the Medical Law Reports:

Rachael adopts and adheres to the provisions of her privacy notice which can be accessed here.

For further details of Rachael’s practice, please contact a member of the clerking or client service team.