The Bond University/Serjeants’ Inn Global Lawyer Scholarship is an initiative created by Rachel Spearing and Professor Rachael Field.  Rachel Spearing is a Barrister at Serjeants’ Inn Chambers,  a Bencher of the Inner Temple, and  a Fellow of the Dispute Resolution Centre at Bond University, which is based in Brisbane, Australia. Rachael Field is a professor of law in Bond University Faculty of Law, Co-Director of the Bond Dispute Resolution Centre, a member of the Bond Centre for Professional Legal Education’s executive, and President of Women’s Legal Service, Brisbane.

The scholarship is designed to provide a transformative learning experience to a deserving undergraduate, with a mini-pupillage in the heart of the London legal world at Serjeants’ Inn.

This year’s successful student was James Rosengren, who was awarded a funded two week visit to London to shadow Rachel and colleagues from Serjeants’ Inn, gaining experience of practice, advocacy and dispute resolution in a number of legal institutions, including chambers, city law firms, the courts, tribunals and inquiries and Inner Temple.

Rachel Spearing commented, “it was an absolute pleasure to launch this initiative and to mentor James during his mini-pupillage.  In particular I am delighted that we were able to include training by the Civil Mediation Council, with James attending the first course offered by the General Council of the Bar to apply the subtle skills of mediation alongside 16 highly experienced barristers.  He was also able to participate in the bespoke conflict resolution training offered to junior doctors by the NHS. Shadowing Serjeants’ Inn barristers provided him with a snap-shot of the varied careers of barristers at one of the leading sets in London”.

James wrote a paper analysing elements of innovative legal practice he observed over the fortnight for publication in the Bond Law Review. He notes that “the opportunity of spending time at Serjeants’ Inn, a set recognised for its progressive, sophisticated approach, allowed me not just to watch and learn, but to gain practical experience in dispute resolution”.  In particular he was struck by the fact that alternative dispute resolution is no longer “alternative”, commenting that “the mini-pupillage gave me real insight into the future of the law and where my own legal career might go”.

James has returned to Australia for his final semester of studies confident that his Global Lawyer Scholarship  has equipped him for a global career. He greatly valued the experience, arguing that it is something which should be integrated into the Law School’s curriculum to better prepare young lawyers entering the workforce of the future.

James expressed his thanks to all those involved in the preparation and organisation of his time in London, with a special thanks to Rachel Spearing who will be mentoring him as he leaves university and joins the profession.

The application process for the 2019/20 scholarship is underway.  Further information will be published in due course. 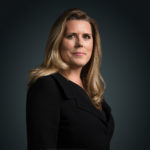