Nageena acted in this important case on behalf of the vulnerable adult  in Redcar & Cleveland Borough Council v PR & Ors [2019] EWHC 2305 (Fam), in which the court noted her “primary, and powerful, submission” that it would be wrong for the court to use the inherent jurisdiction where there is available a good statutory scheme to provide protection to the vulnerable adult and further considered her argument that it was inappropriate to make any order directed against PR herself, given her vulnerability.

Cobb J stated that he “prefered the argument advanced on PR’s behalf by Ms Khalique that it was illogical for the court to conclude that PR needed the protection of the court, yet required her, by order, to refrain from doing something which she wanted to do, backed with the punitive force of an injunction”.

Cobb J further confirmed that before a Local Authority makes an application under the court’s inherent jurisdiction which is designed to regulate the conduct of the person by way of injunction, particularly where mental illness or vulnerability is an issue, it should demonstrate (and support with evidence) that it has appropriately considered whether the person:

1.     is likely to understand the purpose of the injunction;

2.     will receive knowledge of the injunction; and

3.     will appreciate the effect of breach of that injunction.

If the answer to any of these questions is in the negative, the injunction is likely to be ineffectual, and should not be applied for or granted as no consequences can truly flow from the breach. 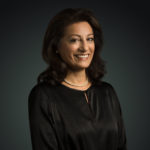 Nageena Khalique KC
Back to index