Michael Horne appeared for the Official Solicitor in the landmark Court of Protection case of Re DD [2015] EWCOP 4 in which Mr Justice Cobb authorised the forcible sterilisation of a 36 year old patient against her will.

DD suffered from an Autistic Spectrum Disorder and mild to borderline learning disability.  She was in a long-term relationship with BC who also had learning disabilities and some traits of an Autistic Spectrum Disorder.  DD had a complex obstetric history.  She had given birth to six children.  She attempted to conceal a number of her pregnancies and deliveries from statutory services.  The applicant council and NHS Trusts brought the case before the Court of Protection during her sixth pregnancy.  She was fiercely resistant to interventions by statutory services and refused to engage with the Official Solicitor.  The Court made a number of determinations between June and December 2014 in relation to ante-natal care, mode of delivery, compulsory assessment of capacity, contraceptive education and temporary contraception: [2014] EWCOP 8, [2014] EWCOP 11, [2014] EWCOP 13 and [2014] EWCOP 44.  The most recent application, supported by the Official Solicitor, related to long-term contraception / therapeutic sterilisation.  Michael represented DD throughout the course of the proceedings.

The applications raised a number of new issues including whether the statutory power under s.16 of the MCA permitted forced entry to property for the purposes of facilitating the Court’s declarations and the scope of Article 12 of the ECHR. 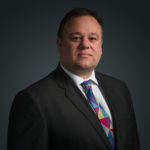 Michael Horne KC
Back to index