Mark Harries QC’s representation of a paramedic accused of misconduct and incompetence following the death of an inmate at one of Her Majesty’s Prisons has concluded successfully after his submissions persuaded an HCPC Conduct and Competence Panel to dismiss the entire case at the conclusion of the regulator’s evidence.

The paramedic working within the prison was alleged to have failed to ensure the inmate was taken to hospital after a series of examinations charting a deterioration of his presenting complaint; instead, the paramedic administered liquid morphine prescribed for a different prisoner and was alleged to have failed to conduct proper observations, an appropriate handover to other staff and to keep adequate records of his clinical decision pathways, which led to the death of the inmate 3 hours later.

Mark’s submission of no case to answer led to the Panel dismissing the more serious clinical allegations for lack of evidence and, in respect of the few remaining admitted allegations, concluding that statutory grounds of misconduct and lack of competence, and therefore also fitness to practise impairment, could not realistically be made out.

As a consequence, the HCPC’s case was dismissed in its entirety and the paramedic’s unblemished registration preserved.

Mark was instructed by James Stewart of Brabners LLP, Manchester. 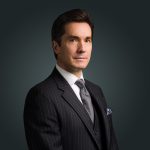 Mark Harries KC
Back to index