Hannah Hinton, instructed by Jeremy Nicholls of Birds Solicitors successfully represented a 22 year old male who was wanted by Hungary to stand trial for three offences of destroying property by way of fire and two attempted offences of arson. He was facing a sentence of 8 years imprisonment. Hannah argued that as these offences were committed when he was 16 years old and he was then a first time offender, if he were sentenced in England and Wales the Court would have inevitably imposed a referral order (a non custodial sentence). She also countered the argument that he was a fugitive from justice by explaining he came to this country as a victim of trafficking. He had been promised work but he was exploited when he came to the UK. He managed to free himself by initially becoming homeless and later he found lawful employment and established a life for himself with a partner and her son from a previous relationship.

The team pursued other arguments in the case including Hungarian prison conditions under Article 3 ECHR, noting the Supreme Court is currently considering the following certified question at the permission stage: “Where a Court is obliged to assess an assurance given to the United Kingdom relevant to extradition, is it correct that the Court should exercise very considerable caution before admitting evidence which does not relate to an alleged breach of assurance to another EU member state? If yes, is it a correct approach that the Court should satisfy itself that such evidence is manifestly credible, directly relevant to the issue to be decided and of real importance for the decision in question?”

A District Judge discharged her client under Section 21A(3) on Article 8 ECHR grounds. 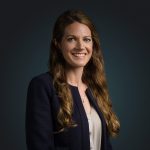 Hannah Hinton
Back to index