George Thomas has successfully defended the Metropolitan Police in two claims for false imprisonment and assault arising out of a mass arrest carried out near the Cenotaph on Armistice Day 2011.

The Claimants, Mr Beaney and Mr Clayton, were part of a group of 179 English Defence League (EDL) supporters that were contained and then arrested shortly after the conclusion of the Armistice Day ceremony in order to prevent a breach of the peace. The Metropolitan Police had open source intelligence that, following the notorious incident of poppy burning carried out the previous year by ‘Muslims Against Crusades’, the EDL would come to London to confront any perceived Muslim extremists.  There was also intelligence that they might attend and disrupt the ‘Occupy London’ site at St Paul’s Cathedral.

The Claimants alleged that they were not part of a planned EDL gathering, but had come to London simply to pay their respects at the Cenotaph. The decision to arrest was challenged on the basis that Silver Commander did not have a reasonable basis to believe that breach of the peace was imminent. Mr Beaney also alleged that an officer had struck him on the head with a baton while he had his hands up in surrender.

At the conclusion of a nine day trial heard by His Honour Judge Freeland QC, sitting with a jury at Central London County Court, the claims for assault and false imprisonment were dismissed. The jury found that Mr Beaney had not been struck as he alleged.  On false imprisonment, the Judge concluded that, “In this instance, notwithstanding the consequence to Mr Beaney and Mr Clayton of being deprived of their liberty for a considerable period of time, and those unpalatable consequences, I am clearly of view that the arrests were lawful, as there was an imminent risk of a breach of the peace.”

The ruling has major implications for the large number of potential claims by other EDL supporters who were arrested as part of the same operation. 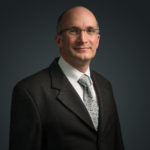