Mrs Justice Theis has given guidance today about how parties should approach emergency applications to the Court of Protection in serious medical treatment cases.

Encouraging Trusts to give early consideration to applications, she stated that “those considering making such applications should err on the side of making applications earlier rather than later. By doing so the necessary safeguards will be put in place in advance to support an effective hearing taking place…”

Her Ladyship went on to identify 5 practical steps, which Trusts should take as soon as they are aware an application may be necessary, as follows:

1. Make suitable arrangements, so that P’s family can participate in the hearing properly;
2. Inform the Official Solicitor in good time;
3. Alert the Urgent Applications Judge and the Clerk of the Rules as soon as possible;
4. Provide the Judge with a Word version of the draft order;
5. Give the Judge as much information as possible about P’s overall quality of life, to provide a context to the application.

Fiona Paterson was instructed by the Official Solicitor for both the out-of-hours application and the final hearing of the case, Sandwell and West Birmingham Hospitals NHS Trust v CD and Ors [2014] EWCOP 23.

Mrs Justice Theis’s judgment will be published shortly on BAILLI and in the meantime a copy is available here. 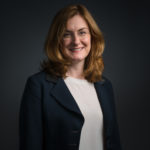 Private: Fiona Paterson
Back to index