PC Ryan was assisting in the search of a property as part of an investigation into a sexual offence involving a child. During the search PC Ryan found a typed CV belonging to the occupant of the address. He wrote on the CV words to the effect of: “paeodophile”, “paedo” and/or “kiddy fiddler”. On two other occasions PC Ryan wore a wooly hat stating, “I love weed” or words/pictures to that effect.

The panel found that PC Ryan’s behaviour breached the standards of professional behaviour and amounted to gross misconduct. PC Ryan was dismissed without notice.

The case was widely reported in the national press, including the Daily Telegraph, the BBC and ITV. 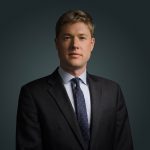