This case, Yousif v Commissioner of Police of the Metropolis [2016] EWCA Civ 364, concerned the treatment of a detainee at a police station. When he arrived at the police station the appellant told the custody officer that he had mental health issues and had recently self-harmed. When he refused to provide any further information the custody officer decided that all of his clothes should be removed in order to prevent him from using them to self-harm. He was left naked in a cell for about 2 1/2 hours. At one point he was moved, whilst naked, from one cell to another.

There were admitted breaches of the Codes of Practice – in particular an appropriate adult was not called for. The appellant appealed the judge’s finding that there had been no assault or breaches of Articles 3 and 8.

In dismissing the appeal their Lordships agreed with the judge that the treatment that the appellant received was “strictly necessary” in order to ensure that he was safe whilst in custody. 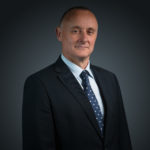 Mark Ley-Morgan
Back to index