Major General Nicholas Welch, the most senior Army officer to have faced court martial in over two hundred years, faced a single count of fraud arising out of dishonestly claiming Continuity of Education Allowance (‘CEA’), totalling nearly £50,000, to pay for his children’s boarding school fees. In order to receive the allowance, General Welch represented that he was living with his family at his Army quarter in London when, in fact, his wife was spending the majority of her time living at their family property in Dorset. 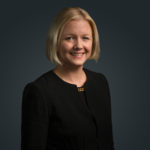 Sarah Clarke QC
Back to index