Conrad Hallin appears in Court of Protection case of Briggs

Conrad has appeared in the case of Briggs before the Vice President of the Court of Protection. In the first hearing, involving the Secretary of State for Health, Ministry of Justice and Legal Aid Agency, Charles J found that the applicant could legitimately have a serious medical treatment issue determined by bringing proceedings under s21A of the Mental Capacity Act 2005, which had been enacted to deal with deprivation of liberty challenges.

The result will have profound implications for funding for the many ‘welfare’ issues that are dealt with under s21A MCA across the jurisdiction of the Court of Protection.

In the second hearing the judge dealt with the substantive matter, which involved Mr Briggs, an ex-police officer who remains in a minimally conscious state with some prospect of improvement. Mrs Briggs said that Mr Briggs should be allowed to die as he would not have wanted to live in this condition. Conrad represented the Trust and CCG. The Trust’s treating doctor considered withdrawal of nutrition and hydration as unethical. Conrad submitted there was scope for improvement in his state of consciousness and that, on the evidence, to remove life-sustaining treatment at this stage would be both unlawful under s4(5) of the MCA and not in Mr Briggs’ best interests.

Charles J handed down judgment on 20 December 2016, finding that it was lawful and in Mr Briggs’ best interests for nutrition and hydration to be withdrawn as he is “sure that this is what he would have wanted” notwithstanding the absence of a formal advanced decision to refuse treatment, and the agreed medical evidence that Mr Briggs, if he emerges from his minimally conscious state, is likely to be happy and gain some pleasure from life, and not have any insight into his previously expressed wishes and feelings. The controversial judgment therefore places greater emphasis on the right of autonomy as seen through the lens of “past wishes and feelings” than the right to life. 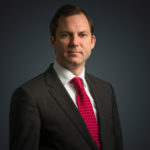