Christopher Johnston QC has represented a quadriplegic claimant who has been awarded £9 million in damages in a High Court hearing.

In 2006 Rebecca Ling was left quadriplegic following an operation to correct her scoliosis. In 2012, The High Court found that the surgeon had failed to halt the operation despite clear signs that the spinal cord was at risk.

The award will be used to provide the 24 hour care that Rebecca needs, which costs approximately £350,000 per year.

In his summary, Christopher stated that the settlement represented the end of a very long road for Rebecca and her family. Mrs Justice Swift also praised Rebecca’s parents and was pleased that both parties were able to reach an agreement that was in Rebecca’s best interests.

Christopher was instructed by Jonathan Zimmern, of Fieldfisher, who stated: “Today’s settlement will ensure that Rebecca will have the care and support she needs for the rest of her life.”

Click here to read press coverage about the case. 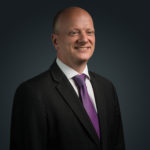 Christopher Johnston KC
Back to index