Dr. Dharmasena was a junior doctor who attended a Somali woman in labour. The woman had been infibulated as a child, and had subsequently been deinfibulated. The doctor made an incision through scar tissue in order to catheterise the urethra prior to effecting instrumental delivery. He then inserted a suture to stop bleeding from the wound. The prosecution said that this constituted FGM. The trial was contested for two and a half weeks before Sweeney J at Southwark Crown Court. The jury quickly acquitted.

Charles was instructed by Richard Privett at RadcliffesLeBrasseur. He was led by Zoe Johnson QC. 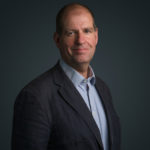 Private: Charles Foster
Back to index